Geno Smith brought it On?

Posted on August 12, 2015 by bittersportspills 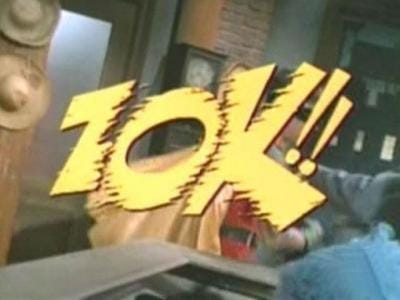 “It’s a lack of leadership on Geno Smith’s part that he would put himself in harm’s way to get sucker-punched.”

Okay. A player gets socked by another player over a $600 debt. Carter believes Smith should have never allowed the situation to get to the point where he would get punched. After all, as the leader of the team, he’s supposed to be smart enough to keep that thing from boiling over.

Of course, we learned this about IK Enemkpali:

Enemkpali was a 19-year-old redshirt freshman at Louisiana Tech in April 2011 when he got into a brawl with the off-duty Arcadia officer working security at Rabb’s Steak House in Ruston. The security man, Hezekiah Perry, managed to unleash pepper spray on Enemkpali.

If you brawl with someone who could kill you, what’s a starting quarterback mean to you?

I’m not surprised this dude was picked up by Rex Ryan; not one bit. I wouldn’t be surprised if the dude had actually been in contact with the Bills before the incident. It would certainly be suspicious if it was Rex Ryan’s dad, Bloody Ryan making this move. A guy with three career tackles punches out his team’s starter and you reward him by picking him up?  Why, Rex? Your defense in Buffalo isn’t good enough?

How would you feel if you’re the Bills starting QB?

As if they have one.

I love sports. I don't love the hype, homerism, ratings talk, self-important egomaniacs, bias or any of the other nonsense you get with the national media. Nor will you get the two clowns on sports talk radio who stage phony arguments. It doesn't make it entertaining. It makes it time to turn on your iPod and jam instead of listening to white noise generators. This is the sports blog for you, the ones who don't like everything Los Angeles or New York. Just because the sporting media is based there doesn't mean we have to like their teams. We do treat them fairly, though. That means if one of those cities has an average QB who plays particularly well...we'll note it. If they're garbage, we'll say so. Instead of crying "why, why, why" like a certain sports media homer did in his radio broadcast. This isn't my job...I have a real one. Nevertheless, I'll post here when I make an observation. Common sense in sports is nearly dead. Now we're attempting to bring it back.
View all posts by bittersportspills →
This entry was posted in Crime, cut, Douchetastic, Football, NFL, sports and tagged broken jaw, Buffalo Bills, crime, criminal, fighting, fisticuffs, football, Geno Smith, New York Jets, NFL, rex ryan, sports. Bookmark the permalink.