Firenze, one of my favorite cities in the world. 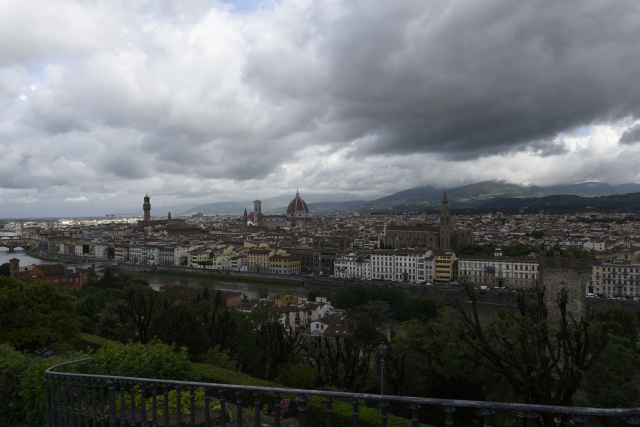 I love Florence because of its culture and its history. It’s awesome. I love visiting there; I could spend a week in Florence enjoying artwork. This time we chose to visit the Uffizi Museum. This is a must for a visitor; just don’t bring a bulky backpack. Also a must is having some gelato which I did, and Florentine beef, which I did not. That means I have to go back at some point in the near future.

One thing about touring Florence and Rome if you’re cruising. It’s going to be a long day, because its a 90 minute trip from the ports to those cities. Next time I go to Italy, it’s going to be a dedicated trip. We have to see the Tuscan countryside next time.

I love sports. I don't love the hype, homerism, ratings talk, self-important egomaniacs, bias or any of the other nonsense you get with the national media. Nor will you get the two clowns on sports talk radio who stage phony arguments. It doesn't make it entertaining. It makes it time to turn on your iPod and jam instead of listening to white noise generators. This is the sports blog for you, the ones who don't like everything Los Angeles or New York. Just because the sporting media is based there doesn't mean we have to like their teams. We do treat them fairly, though. That means if one of those cities has an average QB who plays particularly well...we'll note it. If they're garbage, we'll say so. Instead of crying "why, why, why" like a certain sports media homer did in his radio broadcast. This isn't my job...I have a real one. Nevertheless, I'll post here when I make an observation. Common sense in sports is nearly dead. Now we're attempting to bring it back.
View all posts by bittersportspills →
This entry was posted in Photography, Travel, Vacation and tagged cruising, Firenze, Florence, Italy, touring, Tuscany. Bookmark the permalink.